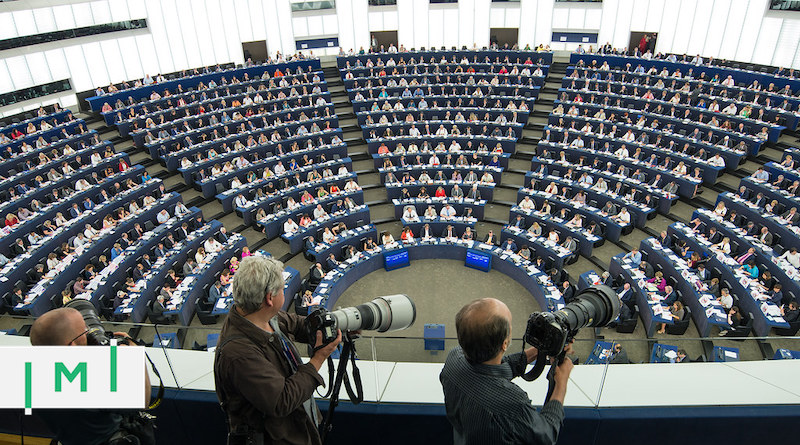 The European Parliamentary Research Service (EPRS) – the European Parliament’s in-house research department charged with providing objective analysis and background material for MEPs – last week published a 159-page study on investment migration programs in the EU that aimed to explore “possible legal bases on which the EU could act to address” IM programs.

Note that the report is not a policy document; it should not be interpreted as representing any official position within the European Parliament. It aims merely to assist MEPs in their work and has no legislative bearing in itself.

The report aims to support the European Parliament’s Committee on Civil Liberties and Home Affairs in its drawing up of a legislative-initiative report on RCBI schemes. The report is made up of a European added value assessment (EAVA), accompanied by two annexes – a review of the possible legal bases for EU action and a research paper prepared on commission by Dr. Kristin Surak.

Policy option1: Phase out CBI/RBI schemes. This policy option considers a phasing out of CBI/RBI schemes in the EU. On CBI, this possibility will be investigated separately from RBI, due to the different legal basis requirements and the potential consequences and impacts.

Policy option 2: Tax CBI/RBI schemes. This policy option would regulate CBI and RBI schemes via a tax to uphold fundamental rights and rule of law, which are enshrined in the Treaties. The tax can aim to ‘compensate’ for the negative externality and/or discourage the use of these schemes.

Policy option 3: Regulate conditions, guarantees and safeguards of CBI/RBI schemes. This policy option would regulate CBI and RBI schemes by requiring Member States that implement them to introduce measures to promote transparency, consult and facilitate audits at EU level. The schemes would be regulated in four general areas:

Policy option 5: Regulate access to the EU for third countries with CBI/RBI schemes. This policy option differs from policy options 1-4 and can rather be understood as an action that could be taken in parallel focusing on the EU’s external relations. Its design could mirror EU policy changes with respect to policy options 1-4. These actions would include:

IMC: ‘No’ to phase-out, tax, and physical presence requirements but ‘yes’ to regulation

Reacting to the report, the Investment Migration Council has issued a statement in which it commends EU institutions for “properly addressing investment migration rather than making sweeping political statements with little regard to EU law.”

Commenting on the five policy options suggested in the report, the IMC said it disagreed with Policy Options 1, 2, and 4, while supporting Option 3.

“[…]phasing out of any of the two types of programmes would mean lower financial inflows to Member States with such programmes, as well as heightened demand for other, similar, migration channels,” said the IMC about the first option. “Investment programmes are legal pathways to residence and or citizenship and bring benefits to Member States when properly managed.”

Framed as a way to both discourage RCBI programs and to have them compensate for the “negative externalities” they supposedly give rise to, the second policy option would involve direct taxation of the programs. The IMC rejects this suggestion and contests the premise on which it’s based:

On Policy Option 3, however, the IMC is more amenable.

“There are solid legal bases in EU law for such regulation of investment programmes. Furthermore, this would minimise inherent risks of investment migration programmes, allowing for increased transparency and EU oversight and higher due diligence standards,” said the IMC’s statement about Option 3, which it characterized as “the most beneficial and legally correct option”.

Confirming that it supported Option 3, the IMC also pointed out that it had been “restlessly working on the strengthening of the standards under which investment migration programmes operate” but that their efforts to implement and enforce their recommended standards had been hampered by the lack of regulation on an international or supranational level”.

The IMC said it had, on several occasions in the past, proposed to cooperate with the EU on the “strengthening of minimum due diligence standards and regulation of the investment migration programmes.”

Regulating access to the EU for participants in third-country CIPs

Policy Option 5 should raise eyebrows in the Caribbean and Vanuatu, as well as on the Balkan peninsula. It suggests restricting visa-free travel to the EU for participants in third-country CBI programs:

The report said the EU could regulate access to the Union for CBI program participants in “countries undergoing the accession process” and in “other third-countries that have visa-free agreements with the EU”.

On Policy Option 5, the IMC did not indicate agreement or disagreement, stating merely that the policy was “primarily meant for non-EU countries with investment programmes rather than for EU Member States and, as such, is insufficient in itself.”

In his final comments, IMC CEO Bruno L’ecuyer indicated his organization was generally pleased with the report:

“All in all, the IMC is satisfied that EU institutions are now properly addressing investment migration rather than making sweeping political statements with little regard to EU law. We expect that all our calls for regulation of investment migration programmes will continue to be heard and actioned at EU level. We welcome the report and whilst noting a number of significant errors in the contents, the European Parliamentary Research Service (EPRS) has for the most part delivered a balanced analysis of the Avenues for EU action on investment migration.