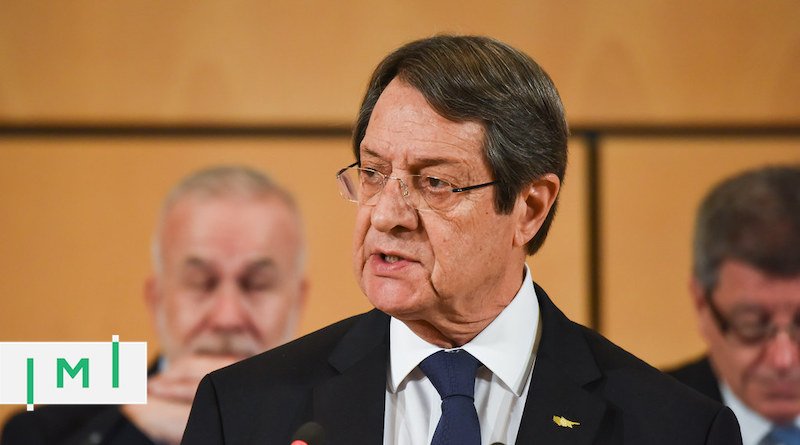 Cyprus to Revoke Passports (Not Citizenships) of up to 21 Russians, Belarusians Over EU Sanctions

Cyprus intends to cancel the passports of four sanctioned Russians that naturalized as Cypriots under the country’s now-defunct citizenship by investment program, the Cyprus Mail reports.

Though the government did not disclose the names of the individuals in question, government sources have confirmed that their names appeared on a list of the EU’s more than 800 sanctioned Russians and Belarusians. Another government source has confirmed to Cyprus Mail that, following a detailed review of Cypriot-Russian/Belarusian citizens, at least 21 individuals have been identified as either appearing on sanctions lists or being dependents of individuals who did. Cyprus is now moving to cancel the passports of all 21.

Note that the government is canceling the passports (a travel document that formally belongs to the state, not the individual), rather than the citizenships, a process that requires a more protracted, formal procedure.

International migration and tax lawyer David Lesperance explains that while governments can revoke a passport at a moment’s notice – a common practice in a variety of situations, such as when restricting the travel of individuals under investigation, individuals who owe taxes or child support payments, or to prevent travel to war zones – the revocation of a citizenship is an elaborate, time-consuming legal process where the government must prove a “revocable basis”.

Revocation of citizenship is no quick affair

“In short,” says Lesperance, “if Cyprus suspects that a given individual possibly did something that might be the basis of seeking to revoke Cypriot citizenship, then they can quickly and easily cancel the individual’s Cypriot passport. If, after investigation, they feel there are sufficient grounds under Cypriot law, then they can start a process of revoking the individual’s Cypriot citizenship.”

Also in such cases, though, Lesperance points out, the affected individual has legal recourse.

“Even the revocation of Cypriot Citizenship brings with it certain appeal rights to the individual whose passport is revoked. However, the passport remains voided if and until the applicant wins that appeal.”

Between 2007 and 2020, at least 2,886 Russians received Cypriot citizenships through the program. Only those now on the sanctions list will be affected by this government action.

On Thursday, Ukrainian President Volodymyr Zelensky addressed the Cypriot legislature via video-link, and called on lawmakers to revoke the passports of Russians naturalized under the CIP.

“Stop Russian golden passports, dual citizenship, except those where there is evidence they do not harm Ukraine,” Zelensky said, according to Greek Reporter.

The Cypriot government, however, is limiting their actions to those who are sanctioned. That is the only reasonable course of action, according to Lesperance.

“Despite calls to cancel the passports of all Russians who also have Cypriot citizenship, the government has recognized that this is neither defensible nor politically wise. By limiting discussion of possible revocation only to sanctioned individuals, the Cypriot government has avoided any question of potentially arbitrary passport revocation for the thousands of individuals who have legally obtained Cypriot citizenship.”

He also points out that the government of Cyprus is still in the process of legally revoking the citizenships of clearly transgressing individuals.

“Revocation of Cypriot Citizenship is much more complicated. In fact, Cyprus is already undertaking administrative procedures to potentially revoke the citizenship of some individuals who may have not been granted Cypriot citizenship according to Cypriot law. So far, six months have passed simply on the investigative process. Should ultimately the Cypriot government make a determination that revocation should be invoked, the individual also has significant appeal rights, consistent with the Cypriot constitution and basic rules of administrative law.”